Richard Eckman is the program manager for the Atmospheric Composition Modeling and Analysis Program (ACMAP) of the Earth Science Division of the Science Mission directorate at NASA HQ, and has been detailed from NASA Langley since 2009.

Before running this program, Dr. Eckman was the Assistant Branch Head of the Chemistry and Dynamics branch at Langley, and during this time (2005-2008), he was also the Acting Program Manager for the Energy Management Element of the Applied Sciences Program at NASA HQ. Dr. Eckman received his B.A. in Physics and Astronomy, Cum Laude, from the University of Pennsylvania in 1980, his Ph.D. in Astrophysical, Planetary, and Atmospheric Sciences at the University of Colorado in 1985, and did post-doctoral research at the University of Cambridge until 1988 when he joined NASA, initially working in Atmospheric Sciences at Langley. From 1993 until 1999 he was also an Adjunct Assistant Professor at the College of William and Mary in the Applied Science Program.

Dr. Eckman uses theoretical atmospheric modeling to interpret the composition of the middle atmosphere. His postdoctoral work studying trends in stratospheric ozone was used by the UK to negotiate the Montreal Protocol. He is a member of the American Geophysical Union, the American Meteorological Society (AMS), is the co-leader of the Atmospheric Composition Constellation at the Committee on Earth Observation Satellites, and is an Associate Editor for the IEEE Journal of Selected Topics in Applied Earth Observations and Remote Sensing (J-STARS). Dr. Eckman recently became a member of the AMS Board on Enterprise Communication. 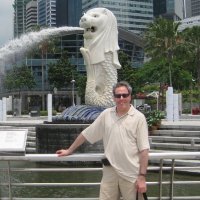